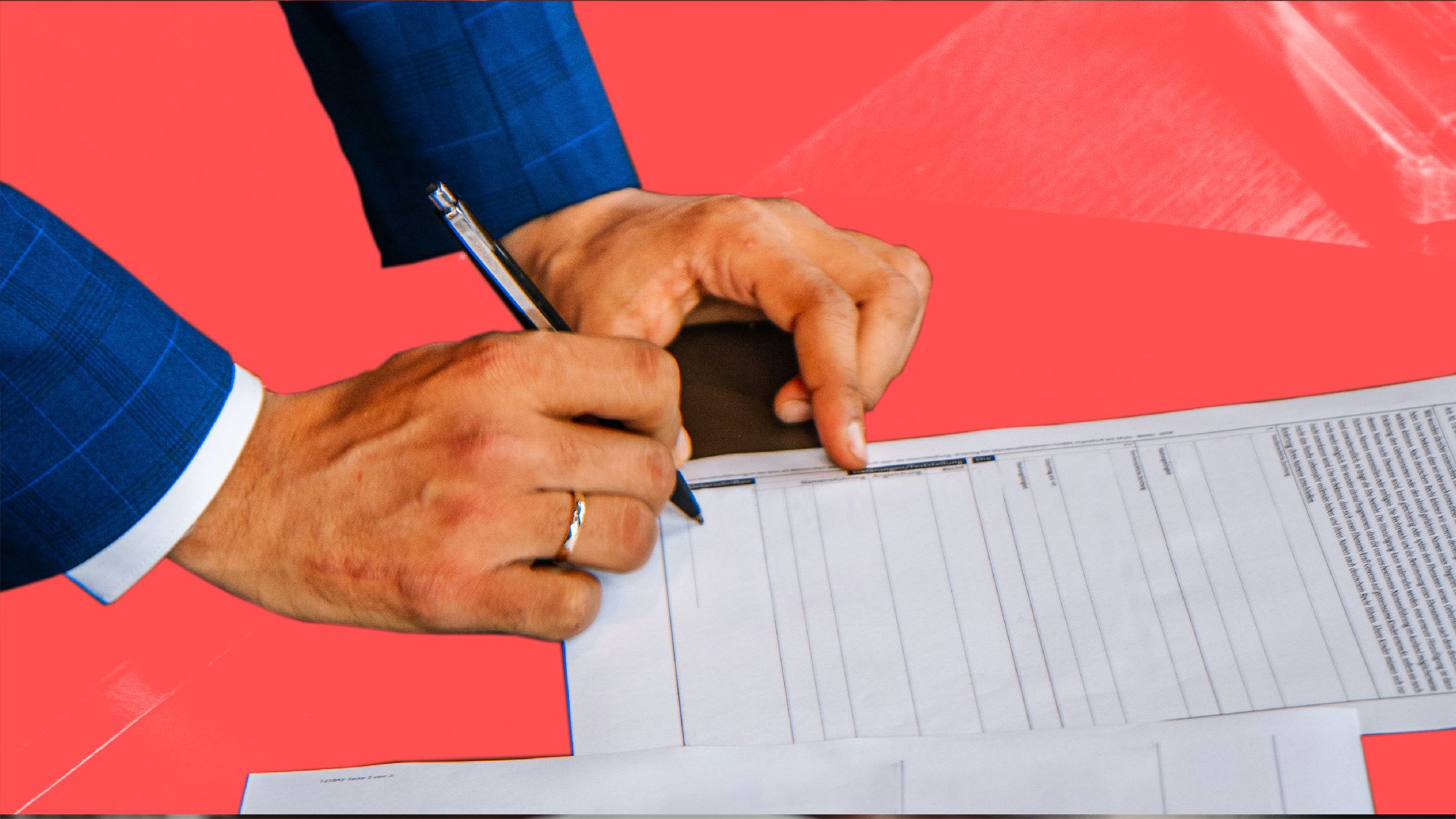 Contract negotiations are a necessity when running a business.

Yet most people dread them. Because they don’t feel sufficiently competent at negotiation.

Yet, negotiation skills can be learned.

In this post, drawing on our professional experience as lawyers, we're going to give you the expert strategies we use—as well as access to a series of high quality contract templates—to help level up your confidence and competence when it comes to contract negotiation.

What exactly is contract negotiation?

At its heart, contract negotiation revolves around ensuring two parties come to an agreement that benefits them both. When contract negotiation arises, it’s normally due to a number of reasons. Firstly, both parties want to come to an agreement. Secondly, both parties care about the precise terms of the agreement. And finally, neither party is in a strong enough bargaining position to unilaterally impose its standard terms.

The process of contract negotiation is fairly standard. One party will provide or prepare the first draft of a document. This might be the party’s “standard agreement” for this type of arrangement, or might be prepared specifically for these negotiations.

On receiving this first draft, the second party will begin the process of reviewing the agreement, suggesting amendments along the way. This is returned to the original party, who reviews the amendments and suggests their own in the form of proposal revisions.

As you can probably tell, this process is often repeated multiple times, involving lengthy meetings, conference calls and telephone chats: to really iron out the fine details and specific wording.

The aim of the game here is to have both parties in agreement and happy to work together by the end of the process.

Start every contract negotiation with this step

Before embarking on contract negotiation, it’s crucial to consider what “success” in this scenario looks like for you. If you enter contract negotiations with intimate knowledge of your objectives, you can move through the process with a focus on the areas that will have the most impact on your business.

Take the time to clearly define your end goals, and keep these in mind as you navigate contract negotiations.

The importance of contract tracking and version control during contract negotiations can’t be understated. Contract negotiation is a process that involves a stream of revisions to the contract by the parties, and so it’s key to cut down on reviewing time by marking clearly where changes have been suggested and keeping a record of the different versions of the revised contract accordingly. 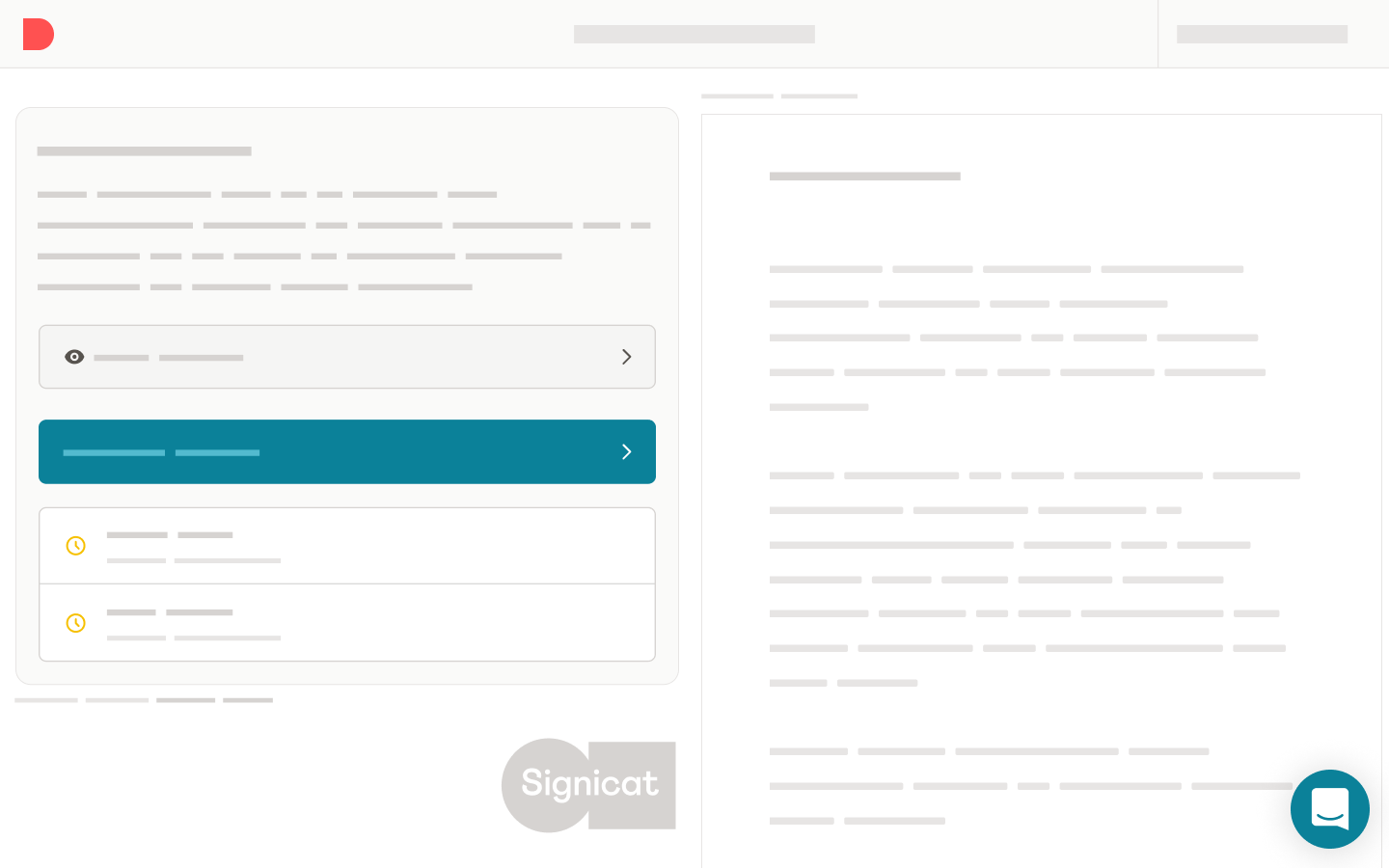 The “track changes” functionality on most word processing programs will be one of your most prized possessions during the contract negotiation process and will allow you to identify what has changed since your last review.

Despite this, it’s still worth comparing drafts that are sent to you against the version you last saw, just to make sure that nothing has snuck into the latest version of the contract that may have gone under the radar of the tracker! Again, most word processing programs have a “compare” tool which will help you do this quickly.

Last but not least, if your business fails to properly perform contract tracking and version control during contract negotiations then it is reasonably likely that you will end up with a contract that contains provisions which you are unaware of. In other words, a failing in this area has the potential to undo all your other hard work in negotiating the best possible contract for your business. All those tense conversations and detailed clause amendments could go to waste!

Alongside other contract management software providers, the Docue platform has played a central role in the evolution of contract negotiations in the digital age.

The reality is that contract negotiations can become complex and chaotic. When grappling with such large quantities of information - at such a high value - risk quickly mounts when navigating key elements of a contract. That’s why we’ve developed contract management software that aids the contract negotiation processs through the use of:

…and much, much more.

When it comes to contract negotiation, everyone has their own unique flair. Some take a compromising approach, while others prefer to play hardball in the early stages. The general consensus, however, is that a blended approach works best.

With that in mind, it helps to enter contract negotiation with a number of strategies under your belt.

Below you’ll find 10 contract negotiation strategies, taken directly from experienced lawyers who’ve been through the negotiations mill many times and come out the other side - agreement in hand.

These contract negotiation strategies have been exercised across a wide range of agreements, such as:

Ready to master the art of contract negotiation? Let’s get started.

While there are a number of ways to start contract negotiations, it’s often best to start with a draft contract. This will serve as a springboard for negotiations and offer a baseline to build on. Think of it as a piece of work you can both use to craft something that benefits you both at the end of the process.

As an alternative, you could start with a “memorandum of understanding” or “heads of terms” – a largely non-binding set of key principles that both parties discuss and agree to. This is not always recommended but can be useful in the event that the scope of the business relationship is a little unclear at the outset of contract negotiations.

Contract Negotiation Tip #3: Don’t assume you only need one round of negotiation

Throughout the contract negotiation, you’re also likely to run into different stakeholders of the other party. As contractual relationships often have many moving parts, you may find it difficult to find a solution that appeases all stakeholders of both parties on the first try. By entering the contract negotiation process with an acceptance that it may take time, even when its one you can't afford to lose, you’ll be better equipped to handle the hurdles as they come.

Contract Negotiation Tip #4: End each negotiation on a positive note

Done right, contract negotiation should go towards building a working relationship between your business and the other party that goes the distance. With that in mind, it’s important to take an approach that preserves and builds that relationship.

It helps here to find as much common ground as possible. By spotting points of contention and tackling them head-on, but with a view to reaching a shared end goal, you’ll be able to move through the contract negotiation process in a positive manner.

Remember, when the contract negotiation ends and a final agreement has been signed by both parties, the real work begins: building a relationship that could last long into the future.

Depending on what you’re negotiating, there will be industry standards that reflect what would be “fair” or “market standard” in this scenario. This might be related to price or to the obligations regarding the goods or services supplied, and a “what’s fair” approach can prevent your contract negotiation objectives from becoming untenable.

While you have the best interests of your business in mind, it’s important not to become unreasonable when negotiating a contract. Similarly, it helps to implement an approach that encourages the other party to be reasonable in their demands. A “what’s fair” approach can help cut down on a lot of back-and-forths, by setting a baseline of what’s realistic, and what might be a pipedream.

Contract Negotiation Tip #6: Getting to Yes

It’s easy to get lost in the noise when it comes to contract negotiation. Whether it's heightened emotions or pressures from stakeholders further up the chain, an agreement can quickly become clouded in issues that make it hard to remain objective.

A “get to yes” approach asks both parties to really focus on the end goal and to remove emotion from the equation. This creates an environment built on objectivity, problem-solving, and conflict resolution. As the name suggests, a “get to yes” approach should help you to cut through the noise to keep contract negotiation as clear and focused as possible.

Contract Negotiation Tip #7: Use the give and take approach

Point scoring over every detail may win you a few tweaks in your favour to the wording of the contract, but if the relationship breaks down as a result, you’ll have lost in the long run.

When it comes to contract negotiation it's important to work towards avoiding an impasse. Take the time to really hone in on what’s crucial for your business, and what concessions you can make. Contract negotiations will quickly dry up if you’re unwilling to compromise on your “standard position” at all.

It’s understandable that contract negotiations might spark a few heated emotions. When faced with a stream of contract negotiation rounds, reviews, and revisions, it can be easy to get frustrated with the process, and even to get entrenched in a specific position.

Despite this, it’s paramount that you park the feelings, and remember the end goal.

It’s an unspoken rule that listening is a key component of successful contract negotiation. If you find yourself dominating negotiations you may be missing out on an opportunity to better understand the other party’s objectives. Take the time to ask questions, and take a step back to truly listen.

This will not only speed up the contract negotiation process but will also go a long way towards building a relationship where both parties are truly working together.

Contract Negotiation Tip #10: Be prepared to walk away

If contract negotiations reach an impasse - ask yourself whether the desired end result of reaching a final agreement with the other party justifies the effort and risk to offer further concessions on your position, and if not, be prepared to walk away.

However, when you are armed with contract negotiation tools, that process can become a lot more streamlined - and a lot more enjoyable. At Docue we’re driven to make the lives of entrepreneurs more efficient, more cost-effective, and more impactful, which is why we equip businesses with lawyer-drafted contracts - without the hefty fees.

We also understand that there is no one-size-fits-all solution when it comes to creating a contract that benefits all parties. That’s why the Docue platform is on hand at an affordable cost, ready to help you draft a contract that seals the deal every time and with all the tools you need to become a master in the art of contract negotiation built in:

Ready to take your contract management capabilities to the next level?

Sign up to Docue for free! Your first contract is on us.